Artist and songwriter Ghita (pronounced Rita), has released a new song and video called “On My Mind.”

The dynamic R&B-Pop song starts out with spoken word, emphasizing the need for determination in the face of adversity. From there the bass drops and we ride the wave sonically—and visually as the music video’s scenery changes from urban to wilderness.

Ghita decided to direct the video herself, which was shot in Morocco and features Ghita and a group of friends journeying around…while donning Balmain and Balenciaga.

After growing up between her homeland of Morocco and Switzerland, Ghita went to Berklee College of Music before relocating to Los Angeles and spending much of her time in London. Her first big break came when she opened for Maroon 5 at the Mawazine music festival in Morocco.

I caught up with the artist-to-watch about the song and the making of the music video. 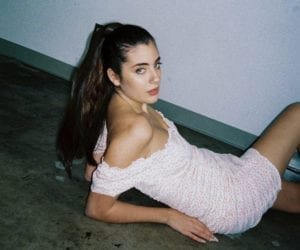 How did you get started in music?

I started singing very young around six years old. Writing songs and wanting to pursue that as a career came way later after I graduated high school and decided to go to Berklee. [College of Music.]

It really depends but most of the time, I’ll be with some producers and co-writers and we’ll create on the spot. We start humming melodies and lyrics usually come after. There are days wher 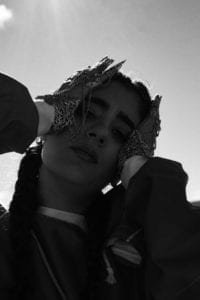 e I like to start with a concept in mind and days where I just let it flow.

Tell me about “On My Mind”

“On my mind” is about the deeply personal nature of each individual’s journey through life. I believe in my dreams and my ambitions, and I want to inspire people to do the same. I also wanted to address female empowerment. In Morocco,

more and more women are fighting for their right to be heard. They’re standing up for emancipation, for equality between genres, and to bring down this patriarchal society.

…and conceptualizing and directing the music video.

It took so long to gather my ideas, spent entire nights making mood boards, like probably a month of work before getting on set. And watching a bunch of music videos to try to understand what makes them good.

Watching it back, my perfectionist Virgo side is telling me I could have done some stuff differently but I’m still proud of it…not bad for a first try.

Have you always been into filmmaking?

Not really actually, but I wanted to do it myself because I think it was the only way to try and show people an honest side of me without having someone’s vision take over. And I also like challenges so I was like fuck it, I can do it.

Tell me about choosing Morocco as the location.

Morocco is home, I grew up there and I always planned to shoot videos there. It’s definitely not going to be the last one, there is so much to that country that I still need to discover myself.

What’s next for you?

More songs and videos, hopefully, shows as soon as the apocalypse end haha.

How Long it Takes to Learn to Sing