It’s no secret that the fashion and entertainment industries contain a wide spectrum of personality types going after a common goal. In good times a range of thought processes in these creative industries can help make magic, and in bad times there can be unnecessary miscommunications…or much worse. The explosion of the #MeToo movement is just one (massive) example of that.

While addressing workplace incidents in the past is a crucial part of remedying the power inequities in the entertainment industries, there are also things that can be implemented earlier on that might help change the way these types of businesses are being run.

Adaire Byerly founded Entertainment Mindframe with this goal. As a model and actress, she observed first-hand the unprofessional patterns and behaviors that were considered a normality in the industry. These observations led her to dive into years of research surrounding the brain. Then she gracefully transitioned into a space that has been long neglected in the fashion and entertainment industries…the mind.

Today, Adaire is a licensed Practitioner in Neuro-Linguistic Programing and Neuroplasticity, as well as is certified in Cognitive Behavioral Therapy Techniques.

Currently, she is a student of continuing education for Neuroscience through Harvard University. Through her company’s research department, she consults Professional Behavioral & Experimental Psychologists and Cognitive Neuroscientists for a deeper understanding of the Brain’s functions.

We spoke with Adaire about how Entertainment Mindframe can help to reduce workplace miscommunications while optimizing creativity, best business practices, and individual/company growth. 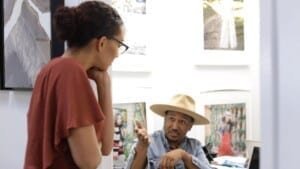 Tell me about your work with Entertainment Mindframe.

I am the Founder of Entertainment Mindframe, the first company to enhance the business world of fame through cognitive sciences. I am an Educator and Strategist that works behind the scenes with brands and professionals in Entertainment, Media, Fashion and now Sports. We focus on the survival of fame, the brain function of a creative, and how to enhance the infamous and intangible communication issues in these industries. 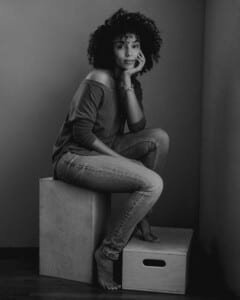 How did you get into this?

It actually stems from negative associations and experiences I, and other professionals I knew, had in these industries. I noticed psychological patterns that were constantly being projected into work environments. These issues drove many talented people away, or brought out distasteful behaviors that many people absolutely hate dealing with.

I took many breaks from the industry because of these issues but after a while, I decided to do something about it instead of running from it. So as a result, I combined my natural love for science and human behavior with my knowledge and personal business experience in the world of fame. About 5 years ago I dove into analytical psychology, philosophy and neuroscience that lead me to my current licensing under cognitive sciences.

Why is this so important now?

Let’s just take a look at the headline news of infamous scandals in Hollywood, such as complaints from companies like Victoria Secret or production studios like The Weinstein Company. These are just a few examples that give an idea of the climate in these industries. Understanding the way our brains work provides an instrument to prevent these scandals from happening.

In my seminars, I teach how much of our emotional brain impacts our cognitive decisions. Many of us like to believe that emotions do not belong in business, but that is simply not how the brain works. A majority of the decisions we make have to filter through an emotional and hormonal process that the reasoning part of our brain can not always separate. This is what causes projections, misconduct, unprofessionalism, misunderstandings and tension in the workplace. And what do those ultimately affect? Your level of success.

Can you share an example of miscommunications or other issues in the workplace that can cost money and how they can be fixed?

With my clients, I have seen a few miscommunication issues cause them to miss out on million-dollar contracts or burn exceptionally good business relationships. However, it is not as simple as saying things a certain way. I often describe that businesses works from the inside out, much like humans do.

Our brain is made up of billions of neurons that are constantly communicating to help us make decisions, communicate, and perceive the world around us. If any of your neurons have “poor” communication from one to the other, those pathways can eventually burn out or weaken. 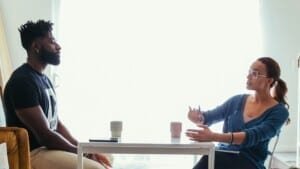 Also, if your neurons are building unhealthy pathways or known as “bad habits”, it will cause you to make a poor or irrational decision. Now, let’s look at people as neurons. If people poorly communicate and build unhealthy communication within a work environment, the culture can become uncomfortable, unorganized, contradicting, unsafe, uninspiring, and eventually unable to operate financially.

What happens If the environment we work in is full of the above? Miscommunication, distrust, spitefulness, rebellion, stubborn behavior, power plays, passive-aggressiveness, or lack of professional courtesy will be the norm. If our survival- mode is kicking in, which can be an overproduction of the flight or fight hormone, we will start operating irrationally causing that to take the front seat, rather than what you are actually paid to do.

You work with a psychologist on some of this?

Yes, Psychologist and Neuroscientist. The reason I consult both is because together they embody the full spectrum of understanding the mind and the brain. Psychology covers the mental and behavioral processes the lead to outward behavior, thoughts, desires, and feelings. Neuroscience observes the chemical and biological process of the nervous system that is linked to behavior, desires, and feelings.

It varies but on average, most of my day consists of speaking with clients or people in the industry. I am always studying and staying up to date on modern discoveries in the scientific community and studying the trends of fame in show business so I can best assist my clients. Also, problem-solving and coming up with solutions for common issues is a quite common practice.

Next for me is to write about the mind and behaviors in these industries. Everyone is so curious about the science world and world of fame being combined so I am inspired to create something assessable for many. Next for Entertainment Mindframe is completing our current online course for rewiring and getting rid of limiting belief systems. 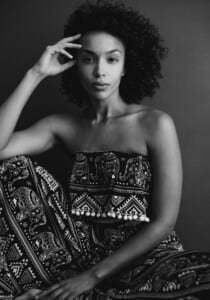 Shit Art Club: the Community Created by Artists for Artists