When I sat down to talk with chef Ari Taymor, his pop-up brunch spot Little Prince was nearing the end of its residency. But good news…between then and now the restaurant has secured a permanent home in its welcoming Santa Monica location. I stopped in for a Sunday meal and mulled over ordering the soft scrambled eggs with an herb salad and toast, or avocado toast with a poached egg. I went for the former but added a side of avocado which, to my delight, had lime juice on it.

Ari’s experience is an interesting one. His entry into the industry was driven by a passion for sustainability and evolved by jumping directly into kitchens rather than going to culinary school. His progression as a notable chef catapulted quickly after becoming a business owner with the now-shuttered Alma.

The progression was so fast, in fact, that it caused some serious challenges. Ari Taymor shares candidly about the experience as well as how important it is for him to do things his own way.

I chatted with the chef about his start in food, the end of his first restaurant, and where he’s headed from here.

Tell me about how you got started in food.

My initial interest in food came to me late. I was in college and I studied philosophy so I hadn’t really cooked anything at all until I was in my early 20’s. I got interested in sustainability and wellness and nutrition, sustainable agriculture, and from there I just started working in kitchens after I graduated. The policy side of things is what initially drew me into kitchens and then through that, I fell in love with the lifestyle and the creative aspect of it. But that came second.

I worked for free in this neighborhood restaurant in Berkeley that my family had been going to. I just called the chef and asked if he would let me come hang out a couple days a week. It started super casually and then from there, somebody got fired and I took their job.

Did you catch on quickly?

It was slow in the very beginning and then after a couple months, it started to get a lot easier. There were certain experiences along the way that were more difficult but overall it came pretty effortlessly. The physical aspects of cooking.

I cooked in San Francisco for a few years, I went to Europe, I came back to the bay again, then I went back to Europe and then I moved to L.A. From there I ran somebody’s kitchen for about a year and then opened Alma as a pop-up in 2013. We were a stand-alone downtown for the first three years and then moved to The Standard [West Hollywood] for the last two.

How would you describe the style of your food?

Let’s talk about the experience of Alma.

The restaurant downtown was an interesting three years. We received a ton of attention very quickly and so what went from being from a very mom and pop, no money, neighborhood kind of thing that had ambitions on the food side but no hype around it…we ended up being the most hyped restaurant in the country. Because of that people’s perspectives changed and their expectations changed.

So they were coming in with these ideas of you know, this is the ostensibly the best restaurant in the country for that year so it should have all these thrills and things along with it…but we still had no money and were scraping by. It took away a lot of the goodwill because we weren’t able to execute to people’s expectations.

And then at the same time, we had a pretty fucked up lawsuit that was brought by someone who wanted to be a business partner with us who we ultimately decided that we didn’t want to work with. He had the means to make it really hard for us. Together alongside making shitty business decisions because you’re just learning to run a business, all of that kind of coalesced. The restaurant was about to close and The Standard reached out and asked if we wanted to start as a pop-up and do something over there.

Where did all the hype come from?

It just kind of started little by little. We got all the local reviews, LA Magazine, LA Weekly, we got a really good Jonathan Gold review that kind of started it. But then from there, we were Bon Appetit’s Restaurant of the Year, I was Food and Wine’s Best New Chef, I was nominated twice James Beard Rising Star, so it was like these outside organizations anointed us this thing that we weren’t ready for. I was so young, 25 when we opened, I turned 26 right away so I was like a kid while all of that was happening.

I definitely wasn’t at the maturity that I am now where I could have had a lot more control over the creative progression of the restaurant and been a lot more mindful and sustainable about how we’re trying to evolve. I was just trying to push us too far too fast.

Usually, there’s funding involved in something like this but you didn’t take that route.

Usually yeah, ours was a very atypical experience. A friend of mine does real estate, I’d been looking for a space for a while and he found us one that was basically ready to go. Somebody was going to open something and their team fell through and they needed to shop the space so we basically came in and within three weeks opened the restaurant. We were able to do it cheap, less than $50,000, we had no money in the bank. We had no cash flow, we had no investors, we had no resources, it was literally just like figure it out as you go.

So now you have Little Prince…

We started a pop-up, it was a very similar situation. We’d been negotiating a restaurant deal in Koreatown for a while and it had been slow. I was looking for something temporary because The Standard ended abruptly. I got offered a couple jobs that I didn’t want to take because I don’t enjoy being dictated to.

The overall culture of the business is just as important to me as the creative control of the business. I felt like that was not under my control. I was willing to take a risk and try to find something where I did have that kind of say.

So we got this rad little space on Main Street in Santa Monica and it’s just fun. It’s really fun. We’re doing California/Australian brunch food, so it’s a lot of vegetables, it’s pretty light but then we also have some more decadent fun stuff.

Are most of your ingredients local?

All. Everything is local. I mean meat and fish we’ll stretch a little bit because for us it’s a little more important for the practices of growing and harvesting. So we’ll buy fish from the east coast if it’s a better, more sustainable place to buy fish from. We’ll buy meat from Colorado or Oregon because we feel like the practice of the farm are more in line with our ethics. But in terms of vegetables and all of that, our produce is all from here. We go to the farmers market two, three times a week. I’ve been working with the same farms for like seven years.

Tell me more about that commitment to sustainability.

It’s across the board for us. We’re trying to figure out how we can do it in terms of our labor practices and how we compensate and treat our employees, how we create work-life balance within the restaurant for everybody so that we’re not overworking people or having people burning out.

And then all the way down through working with farmers, ranchers, fishermen who respect and understand that partially were growing food but partially we’re also acting as preservationists for agriculture or for the environment going forward. So because of that, often we end up making choices that are more expensive, more time-consuming. But it’s a responsibility thing.

The best thing we can do is create businesses that have these certain aesthetics and make them as successful as possible, grow them as big as possible, and use the influence that we get that way to throw our weight around as much as possible. It’s idealistic but also understanding that it takes a certain amount of resources to be a player.

What’s your experience eating at other people’s restaurants?

It depends, I’d say like 99 percent of the time I’m just happy to be out or with friends since to me that’s the most important aspect of it. Lucky enough to share a meal. It’s hard because at a certain price point or if there’s a certain kind of experience you want…like if you were going to the theater you want it to move you, you want to be affected by it, and if it doesn’t then there’s a second line of questioning. Is this just me, or is the experience flawed, or whatever. At that point, I’ll be more critical but not in a negative way, just in an educational way, like this stuff didn’t work, what were the reasons behind it.

Is there anything you would have done differently along the way or did it just bring you to where you are today?

We made a million mistakes and there was wreckage both on a personal and on a career level as a result of the decisions that I made, but because of that I’m just an entirely different person than I was at the beginning of my career and I’m able to handle stress and pressure in a completely different way. It’s because of the amount of it that was piled up for so long, you have no choice but to figure out survival mechanisms.

So because of that it just wasn’t a thoughtful experience as it could have been. It could have been a more gradual learning experience but the lawsuit we had to deal with escalated that and it became one of the most insane experiences. You learn. You have to learn. Business is fucking ruthless.

Is there anything you want to do that you haven’t done yet?

My goal is to create some kind of group down the road with different hospitality concepts, would love to do something in the hotel world. We’ve put together a really interesting team with a diverse set of skill sets on the ownership side, so we’re going to start small and slow and just sort of grow from there.

All photo credits of Chef Ari Taymor and the Little Prince go to Andrew Noel and Tegan Butler- http://andyandtegan.com/ 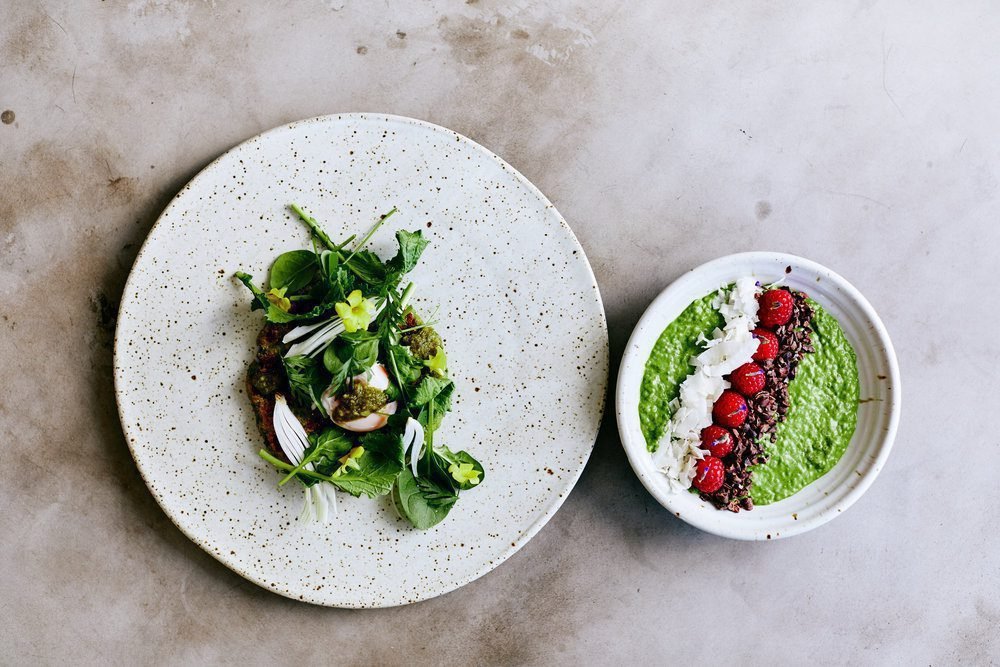 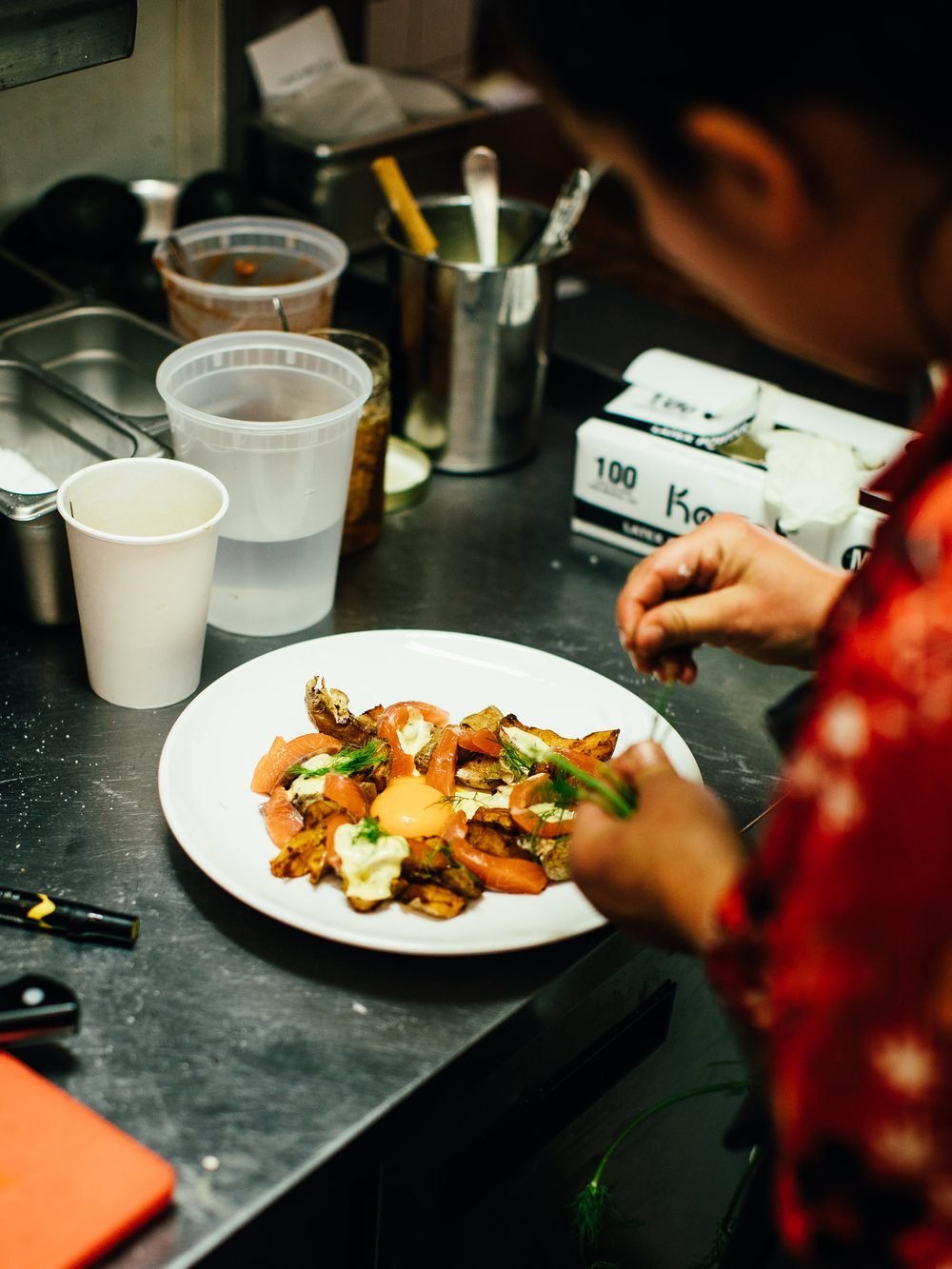 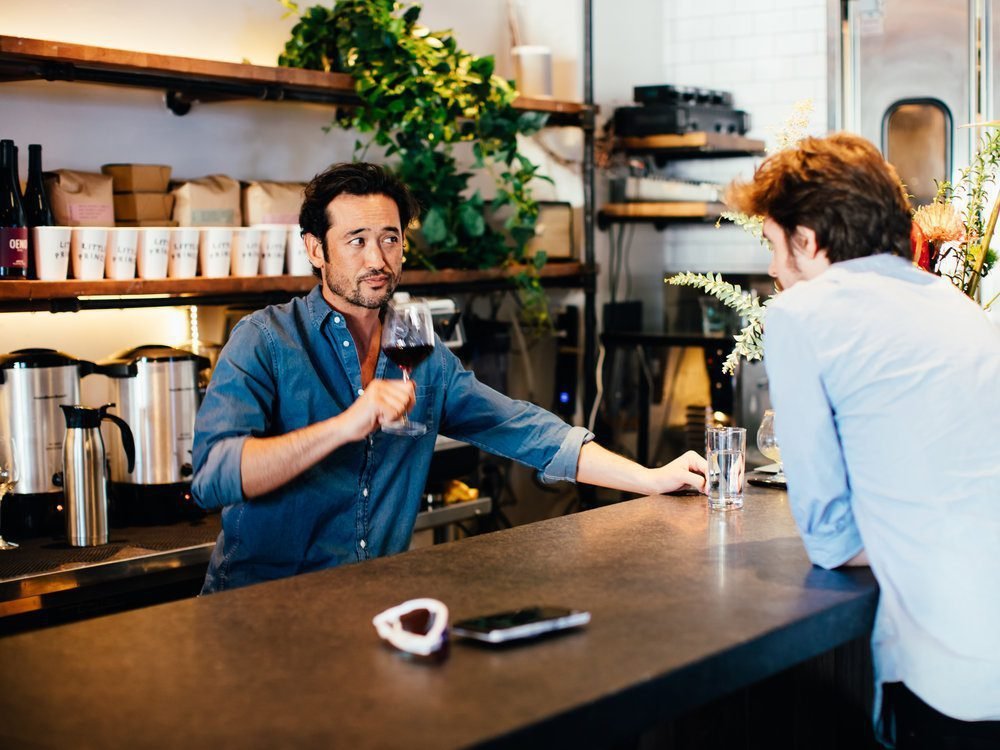 Shit Art Club: the Community Created by Artists for Artists

By Kate Ferguson 2 weeks ago

By Kate Ferguson 6 months ago

Ghita Self-Directs ‘On My Mind’ Music Video in Morocco

By Kate Ferguson 6 months ago